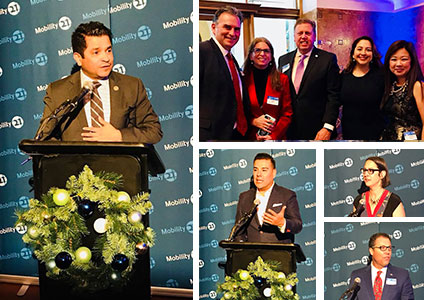 Last Friday, the Mobility 21 Board of Directors hosted a legislative reception honoring Southern California’s elected officials for their leadership in transportation. The intimate and exclusive event also included leading public and private sector members from our Advisory Board who are shaping the future of transportation and mobility in the region.

Join the Mobility 21 Board of Directors and Advisory Board Members in honoring California’s transportation leaders at a reception in Sacramento. 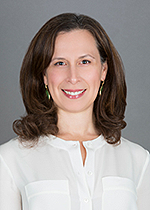 Prior to joining SoCalGas, Lisa was a partner at a boutique consulting firm that advised energy companies on smart grid technologies and conservation behavior change. She has also held strategic marketing positions at E*TRADE, Ticketmaster and Omnicom companies, and as a consultant, she has advised Fortune 500 companies on growth strategies. She began her career as a management consultant with Accenture. 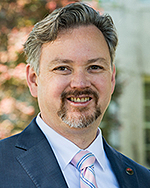 Paul Hubler is Director of Government and Community Relations at the Alameda Corridor-East Construction Authority (ACE), where he has worked for 15 years. Paul is responsible for securing grant funding and overseeing public outreach programs for the $1.7 billion ACE program of freight rail-roadway grade separations and safety improvements in the San Gabriel Valley. He joined the Mobility 21 Advisory Board in 2015.

Paul also serves as Vice Chair of the Coalition for America’s Gateways and Trade Corridors, a Washington, D.C.-based national coalition and a key advocate for federal transportation funding for trade infrastructure projects of regional and national significance.

Prior to joining ACE, Paul served as Deputy Chief of Staff to U.S. Representative Adam Schiff in Washington, D.C., working on legislation and efforts to secure funding for Southern California projects and initiatives. Paul also worked on a bill authored by then-State Senator Schiff that established the Foothill Gold Line joint powers construction authority in 1998. Paul previously worked for a newspaper in the San Fernando Valley and at a law firm in downtown Los Angeles.

Paul has a master’s in public administration from the University of La Verne and a bachelor’s from Pitzer College in Claremont. He currently serves as Chair of the Advisory Board for the University of La Verne’s MPA program and is President of the San Gabriel Valley Public Affairs Network. He is also past president of the Southern California Chapter of the American Society for Public Administration, the second largest chapter in the United States.  Paul and his family live in Glendale. 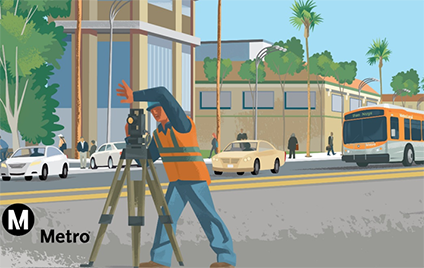 With the Olympic and Paralympic Games coming to the Los Angeles region in summer 2028, the Los Angeles County Metropolitan Transportation Authority (Metro) is working on a “Twenty-Eight by ‘28” Initiative to ensure that 28 key road, transit and bicycle/pedestrian projects are completed in time for the 2028 Games in Los Angeles. Many of the projects are already scheduled to be completed by then. Others would need accelerated funding to complete by 2028.

“Winning the 2028 Olympic Games gives us the chance to re-imagine Los Angeles, and ask ourselves what legacy we will create for generations to come. Twenty-Eight by ‘28 will help us frame the progress we’re striving to make in the years leading up to the Games,” said Mayor Eric Garcetti, Chair of the Metro Board. “This initiative is our opportunity to harness the unifying power of the Olympic Movement to transform our transportation future.”

Seventeen projects already are slated for completion before 2028, of which four are Measure R funded and 13 are funded by Measure M. Eight additional accelerated project schedules are deemed “aspirational,” which means that the projects have a current delivery date after 2028. These include four Measure M mega projects that will require accelerated resources to deliver significantly earlier. MicroTransit, an I-10 ExpressLanes extension to the San Bernardino County line and Blue Line Signal and Washington/Flower Junction Improvements would require funding resources.  As stated in the voter-approved Measure M ordinance, project schedule acceleration only may occur if doing so does not delay delivery of any other project.

“The 2028 Olympic and Paralympic Games offer an opportunity for us to work with the state and federal governments to move our projects forward for the good of the people in our region,” said Metro CEO Phillip A. Washington.

There will be no financial impact from this action nor would there be, should the Metro Board adopt the Twenty-Eight by ’28 Initiative.  All commitments in Measure M would still be met, regardless of inclusion on the list. 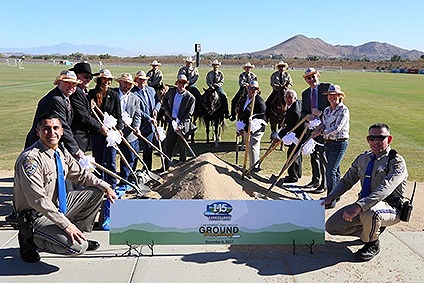 A crowd of well over 250 people, including state legislators, California Transportation Commissioners, local leaders and a mounted posse color guard, celebrated an equestrian-themed ground breaking ceremony for the I-15 Express Lanes Project.  The event took place at the SilverLakes Sports Complex in Norco on December 6 and was hosted by the Riverside County Transportation Commission (RCTC).

The I-15 Express Lanes Project adds two express lanes in each direction of the I-15 for a distance of approximately 15 miles between State Route 60 near the San Bernardino County Line and Cajalco Road in Corona.  Construction on the Design-Build project is expected to begin in earnest early next year and will conclude in 2020.

RCTC is investing $471 million in the project which travels through the cities of Eastvale, Jurupa Valley, Norco, and Corona. Funding for the effort includes a combination of Riverside County’s local Measure A half-cent sales tax program, state funding, and a federal TIFIA loan. The corridor serves a rapidly growing area and connects to major travel corridors including State Routes 60 and 91 and the addition of the express lanes will provide needed capacity for carpools, vanpools, and transit users.

RCTC Commissioner Berwin Hanna, a Norco City Councilman, opened the event and expressed optimism and excitement for the project. “Today is the start of a project that will reward us with better mobility for our residents, businesses, employers, and anyone who drives through our community,” said Hanna.

“Widening the I-15 will create jobs, improve the commute, and provide additional travel choices.”

Mobility 21 wants to hear from you
If you have ideas for future Mobility 21 Forward Motion articles, send them to Kristin Slocum at
kslocum@mobility21.com